Kaitlin Booher is a PhD student in Art History at Rutgers University. She studies the history of photography with attention to its technical and aesthetic transformations, its social history, and its use as tool for communication at the turn of the 20th century. Her current research explores the work of Adolphe de Meyer and his role in the formation of international codes of advertising photography. Prior to Rutgers, Kaitlin was a curatorial consultant in the Department of Photographs at the National Gallery of Art and assistant curator of photography and media arts at the Corcoran Gallery of Art. Her exhibitions include “Alex Prager: Face in the Crowd” (2013) and “Shooting Stars: Publicity Stills from Early Hollywood and Portraits by Andy Warhol” (2012). 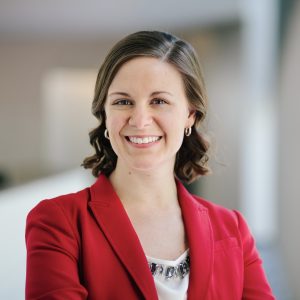 Brigid Boyle is a PhD Candidate specializing in the art and visual culture of nineteenth-century France. Her dissertation, “Visions of Black Masculinity: Jean-Léon Gérôme and the Orientalist Imaginary,” examines Gérôme’s representations of African soldiers, musicians, laborers, and eunuchs in relation to historical constructions of race and gender. Prior to pursuing her doctoral studies, she held curatorial positions at the Nelson-Atkins Museum of Art and the Snite Museum of Art, and participated in excavations in Mursi, Albania.

Kathleen Pierce is a PhD Candidate whose work considers intersections of art and medicine in France’s Third Republic. Her dissertation project, titled “Surface Tension: Skin, Disease, and Visuality in Third Republic France,” examines a broad range of objects—from dermatological illustrations and wax-cast moulages, to public health posters and vanguard painting—to understand relationships between the surface of the modern body and the surface in modern painting in fin-de-siècle France and its colonies.